Demoscene subculture began in the mid-80s, mainly in Europe, but as computers and videogame consoles became more accessible, many adepts joined in all over the world. In its origins, it was made up of programmers or crackers who tried to modify the behavior of an original software.

The cracking process implied the manipulation of the internal functioning with the main objective of violating its security. The crackers included an intro that was activated at the beginning of the programs or cracked games that served as a signature, to make themselves known among the users. These intros evolved and went from being small graphics in pixels or animated letters to complexes audiovisuals. The attempts to impress with these demonstrations and stand out among different crackers are the basis for the emergence of demos, audiovisual presentations in real time. The artistic exploration, through programming languages, shaped the demoscene.

The music of the first demos was ripped from certain videogames, but soon it began to produce its own original music. Since the end of the 90s, the interest in researching the sound possibilities of the old machines (consoles and computers) had increased and little by little, it developed as an independent movement. The chiptune scene uses the sound of the microchips of old computers and game platforms in an attempt to revive the characteristic sound of the first video games.

In Argentina, the demoscene has its protagonists, artists who explore with obsolete digital technologies in search of reinterpreting the language and aesthetic of our recent past. This exhibition brings together a selection of works by the PVM collective (Pungas de Villa Martelli), precursors of the local scene. A journey through various practices such as low-resolution pixel graphics, chiptune compositions, executable programs and ASCII art.

Note: The executable works in real time are presented in video format to be appreciated in the browsers and current programming environments. 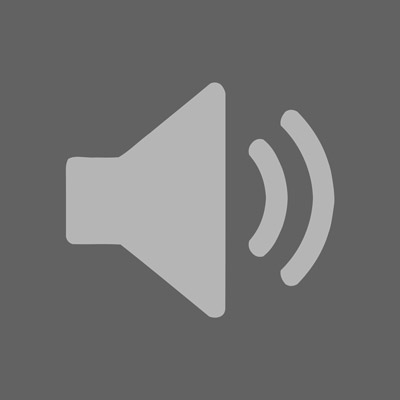 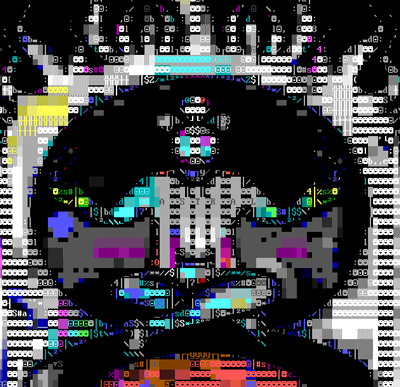 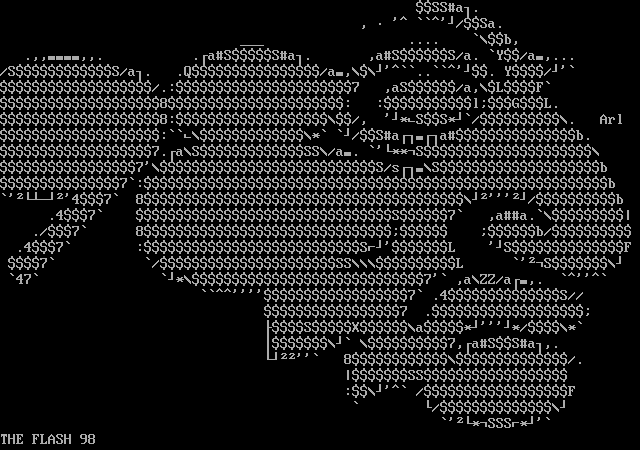 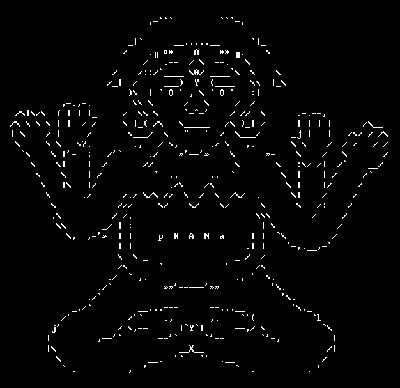 ASCII art.
Artist: Arlequin.
Included in a collection of old-school ASCII art, which explored visual abstraction. The project included a soundtrack also produced by himself. 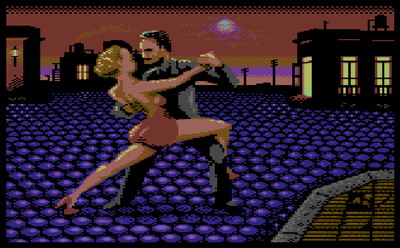 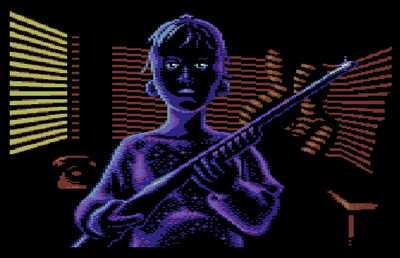 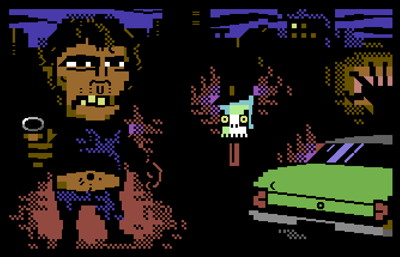 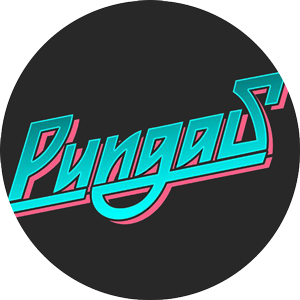 Pungas de Villa Martelli (PVM) was born in Buenos Aires suburban area, in 1996, as a product of two 15-year-old students of Electronics.

The name of the group originates from TV News about the increase of crime in the city. Their first activities consisted of stirring garbage from the offices in the financial area of Buenos Aires. They were looking for system information to obtain credit in what was then called BBSs (pre Internet information exchange systems).

The group started to grow with the collaboration of new members and focused on producing software for BBS, attending the mythical hacking 2600 meetings at San Jose 05 bar, phreaking BlueBox to make free calls in other countries and participate in the incipient hacking and demoscene of Argentina.

At the end of the 90s, the local and global scene based on BBSs had a double process: Internationalization and dissolution. That is when they created the IRC channel #PVM in Efnet, which is still working.

Many international members such as r_train, lord vasniak, Volatile, Sagittarius, among others, contributed with the distribution of the group's production in other parts of the world. At the beginning of 2000, many of them, started working on academic positions, computer security, technology and digital art.

Currently, PVM continues the exploration in digital art with the same punk spirit that accompanies them since the beginning. Chiptunes, Commodore 64 art, programming, hacking tools and other electronic devices based on the appropriation, reconfiguration and reuse of obsolete technology.