Deep and synthetic sounds are seeping through the walls of this floating UFO, giving the art revelers, a hint of what’s hidden on the inner side. But within these organic shapes, a different kind of experience awaits: a club for all those mutants living on the Inter-net-space where diversity reigns and the limits of consciousness are constantly being pushed.

To celebrate integration, the club admits every form of posthuman life. The code is to follow its own personal style and be open to meeting a variety of humanoids, avatars, aliens and any kind of digital lifeform who are welcome to party in this cyber happening.

Mutant Club proposes an immersive and multisensory experience on the craziest VR dancefloor. An opportunity to dance among living artworks and enjoy hot music.

Come and join the party!

To move inside the Club, use the arrow keys and space bar to jump. Use the mouse or touchpad to rotate.

The club was built entirely in VR with a VR headset and Gravity Sketch. High spec PC/laptop recommended for a better experience. Explore the club, its different areas and expand your conciousness. 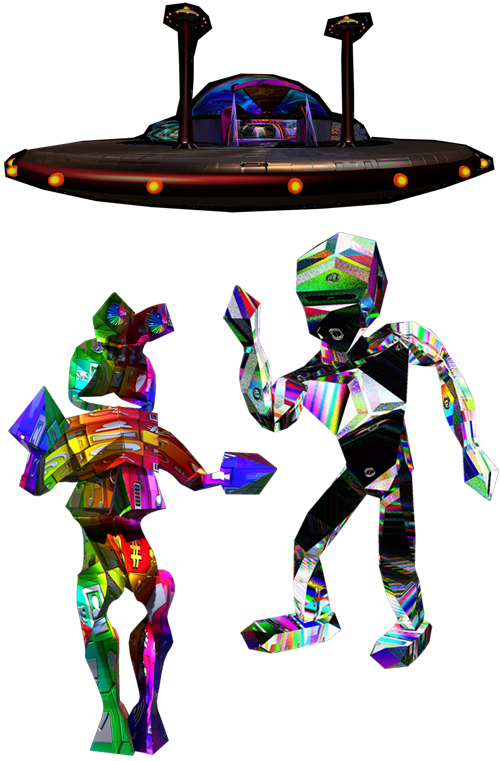 Born 1963 in K-Town, Germany, lived in Paris, Ibiza, now in Berlin. Independent multi media artist and VR explorer. For more than 30 years he creates design for individual and public spaces: Theatres, Stages, Clubs, Events. Starting in 1986 with an airbrush, the tools have changed a lot over the decades. Since 2013 he uses 3DS Max to create visual art. His VR Cyberdelics and the CybARdelics To Go! have fans all over the world. Immersive psychedelic trips in color and motion. Besides his many websites, Sketchfab is the platform to enable users to see his art in VR. Most recently he is working on VR performances with programs like Tilt Brush and Gravity Sketch. His works bear strong socio-cultural references and urge us to renegotiate media art as being part of a reactive or – at times – autistic medium, commenting on oppressing themes in our contemporary society. 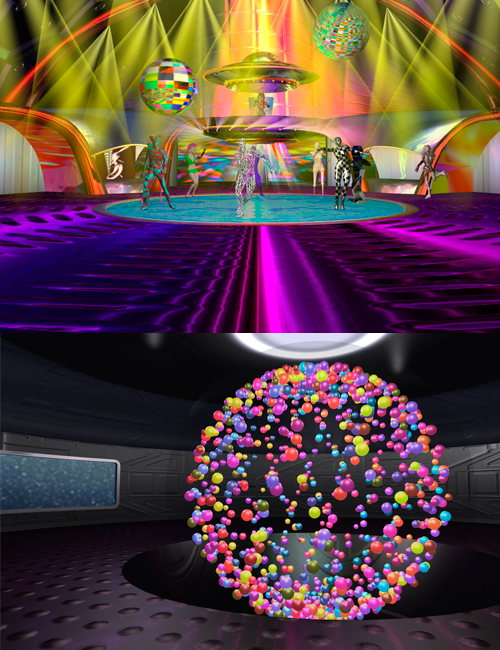 Federico Marino is an IT Engineer who runs www.ideamatic.com.ar where he develops web apps with a special focus on 3D interactive apps. His areas of interest are related to 3D generative art, procedural modeling, realtime and photorealistic rendering. He worked as coordinator of ECIMAG 2014 and organized many workshops on Generative art and 3D web apps. He also works since 2007 as an Assistant Professor on Computer Graphics at the Faculty of Engineering at the University of Buenos Aires. 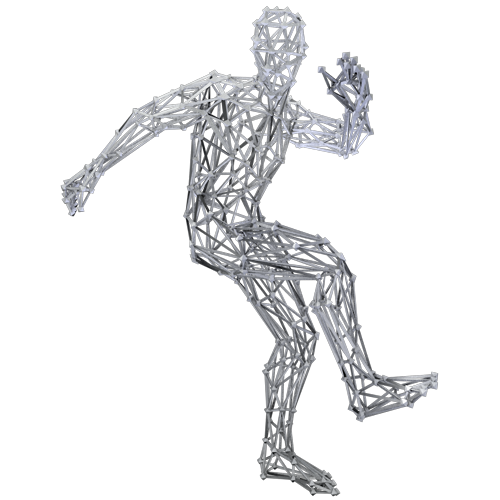 Vlad Paschenko (ZEAT), was born in Kyiv, Ukraine, in 1999. He is working in several areas of Digital Art, Game Development, and Software Engineering. Currently, studying Software Engineering at State University of Telecommunications in Kyiv. He is a freelance digital artist and in his free time, he develops personal projects. Love making Digital Artworks, Video Games, and all other CG stuff. 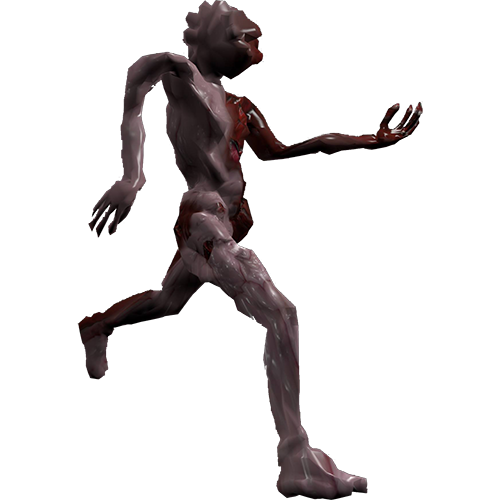 Ville Kallio is an artist based in Helsinki, who is currently interested in fringe politics, acceleration, apocalypse and the end of humanity. His works have been exhibited recently in Sorbus Gallery, SIC and Hole of the Fox. 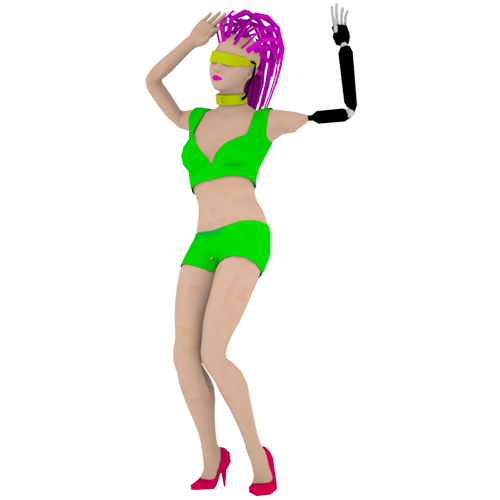 Diuhn (Elvio Grževic) is an artist based in Trieste, Italy. He works with 3D/2D graphics to convey his ideas. Themes include dystopia, cyberpunk and humanity's relationship with technology. He is also an electronic music producer. 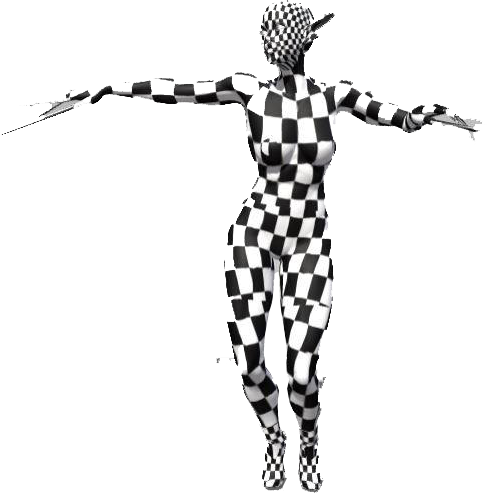 Simon Falk is a Toronto based artist who uses both physical and digital media to examine niche visual cultures, excess online stimulation and abstraction. He holds a BFA in Drawing and Painting from OCAD University. 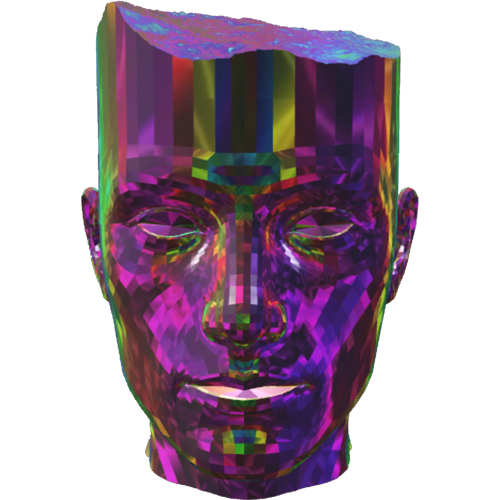 Dennis Richter –born in 1979– is a German new media artist and musician. He started learning 3D software at the age of 15. Today he is M.A. in mediadesign and works mainly with open source tools like Blender 3D to realize his ideas. After many years in ad-agencies he now focuses in more art-based projects. His main influences are artists such as Andy Warhol, Damien Hirst, Max Bill and Franz West. Richter is also interested in the fields of ingame photography and realtime-rendering. 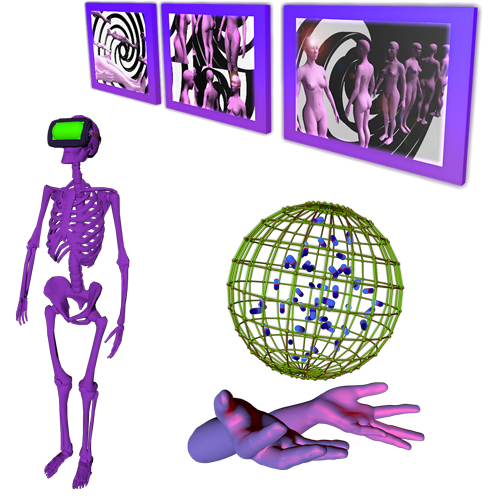 Luisa de la Rosa was born in Acapulco, in 1991. She is a Mexican digital creative, graphic designer and documentary photographer. Her training includes studies in photography, bachelor's degree in Graphic Design and a Master's Degree in Humanities and Art. Her concerns and interests move between the photographic documentation of urban cultural practices, Graphic and Editorial Design that depart from contemporary tendencies of virtuality. She is currently conducting research on the digital imbrication processes that exist between the art and technology, which allows the exploration and production of 3D art. 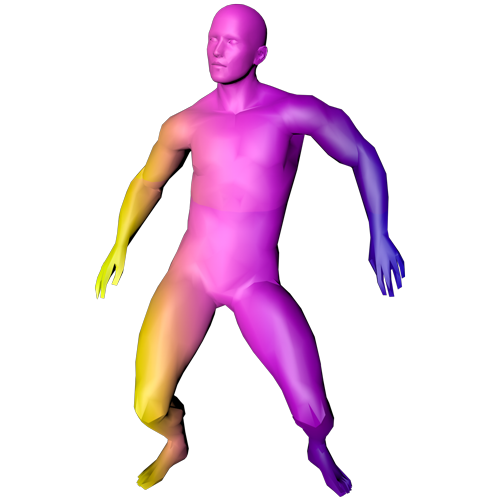 Alexander Wurts, born 1992, is a digital and interdisciplinary artist who lives and works in Eugene, Oregon, USA. He graduated from Austin Peay State University’s Bachelor of Fine Arts Program in 2014. After graduating, he went on to receive his Master of Fine Arts from University of Oregon. He is a currently a Co-Director at artist-run installation space Ditch Projects in Springfield, Oregon. His practice involves making things on the internet that re-contextualize familiar gestures into strange new existences. 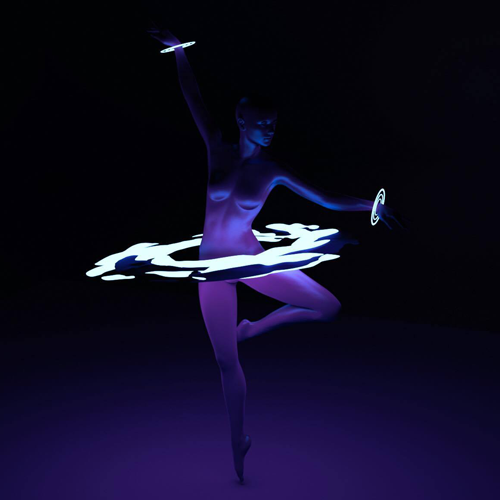 Jake Ball is a digital artist based in the UK, who began using 3D models to create illustrative renders as a hobby alongside his studies at university. These illustrations were inspired by questions regarding the nature of self and technological progress. He now holds a BA in Interactive Media Design and freelances primarily as an album cover artist. 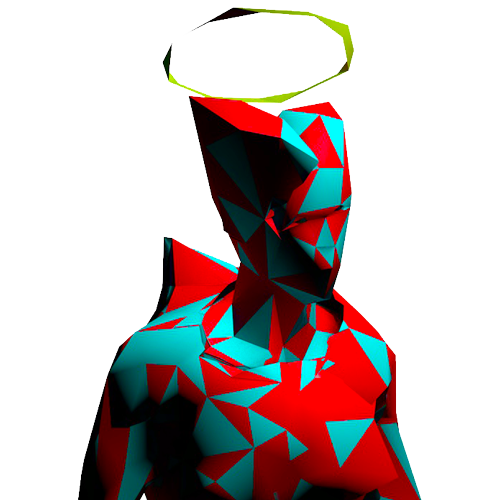 Guatemalan based independent artist, currently working in motion graphics, animation and environmental sound design. His work is mainly focused in the exploration of new technologies and techniques to create artistic ideas or statements, his work was recently awarded with the first place in "Art Os Foundation microcinema of attractions" in Cyprus and it was also an official selection in ScreenDance Festival, in Stockholm, Sweden. 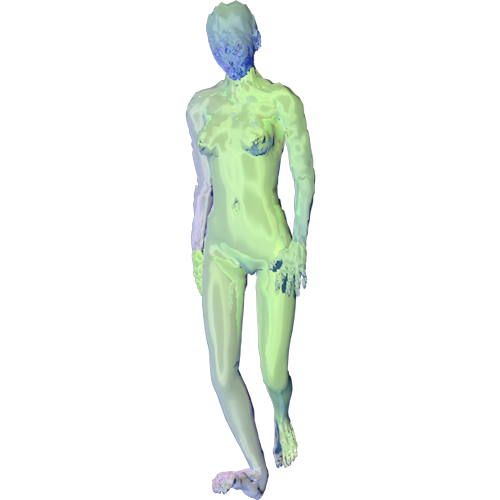 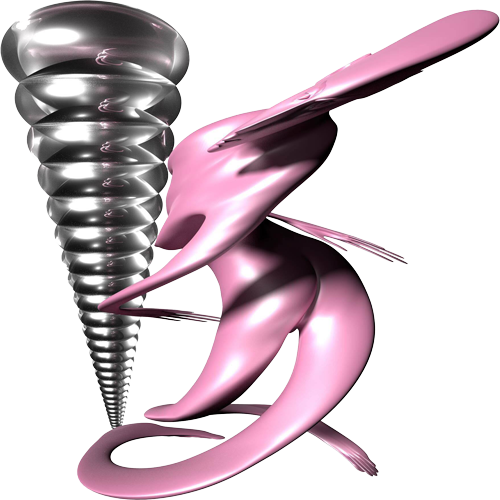 Rollercoasterwater is the abstract 3d project of queer Los Angeles artist Chuckie Behring. He explores images that reflect his consciousness. To him, its like shapes you see when you close your eyes for a while, in a childlike way. 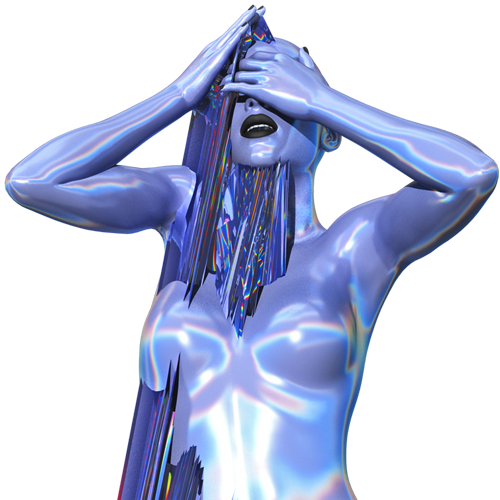 Pure Honey likes neon, money, terror, pastel, abjection, drugs, horror movies, rainbows, witches and blood. He was born sometime in the 80’s and has not entirely given up all hope. Also known as Troy Ford, he employs 3D glitch techniques to portray a psychedelic and sometimes soft portrayal of loneliness, despair, beauty, confusion, and revenge. 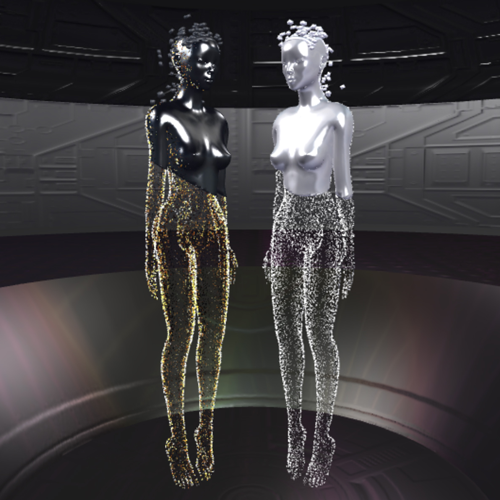 Noke is a media artist that creates immersive CG Art installations and fashion designs through applying science and art techniques, as how light reacts over sand particles, being avant-garde in the way they perform in metaverse worlds as Second Life. 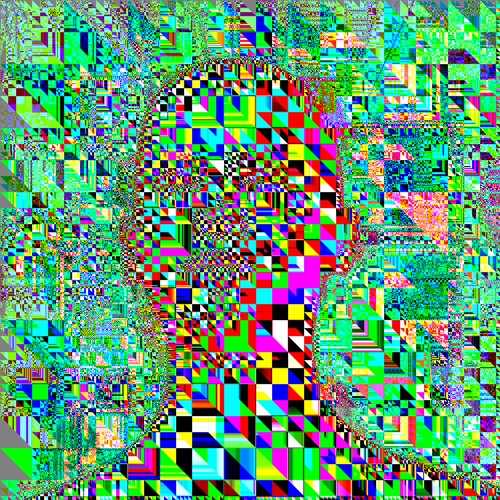 "I found a language where I can express how I think and what I feel, despite the cliches, not having the need to utter sounds, use commas and be consistent with the words that come out of my mouth. Thank you, Internet". 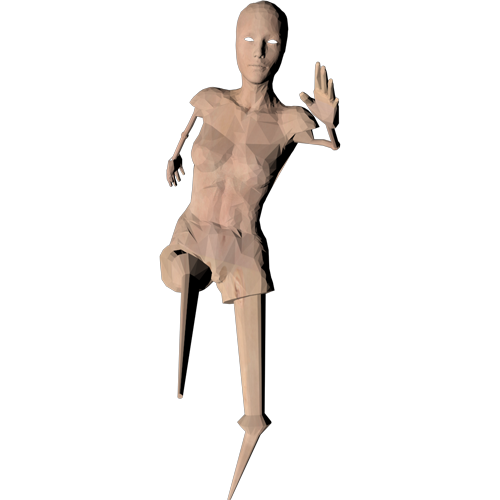 Franco Verrascina explores the problems of the body, its manifestation and the surface of our being. The angels and demons embodied in it. He seeks to experiment with the fragmentation of virtual bodies, dealing with the boundaries between the beautiful and the ugly. He uses the humanoid body or figure as the motor, base and thread of his work. These virtual bodies are exposed and represented as empty containers, which are then incarnated with the view and projection of the viewer, "filling" the void. Einfhulung.